Over the next twelve days, Urban Gear Works will be posting a wish list for the auto industry. Here's Day Twelve:

For the final day, we've been saving something big. Last year saw the Cadillac Ciel concept debut at Pebble Beach. This four-door convertible blends the best of current Cadillac design with cues from the marque's storied, glamorous past. Cadillac has subtly hinted at plans for a new flagship to slot above the XTS, and the Ciel is a perfect candidate. The ATS and CTS have proved more than worthy challengers to Old World stalwarts like the BMW 3- and 5-series, Audi A4 and A6, and Mercedes C- and E-Class. Now is the perfect time for Cadillac to make a triumphant return as the "Standard of the World" by fielding a top tier model to compete with executive sedans like the 7-series, A8, S-class, and Jaguar XJ. 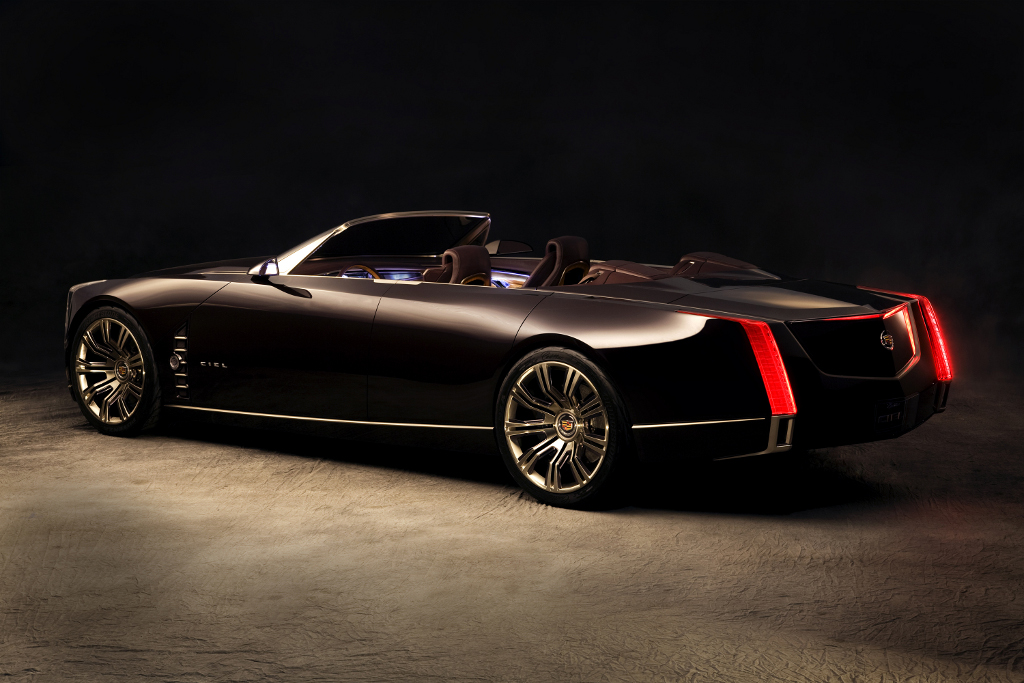 Even if the unconventional four-door droptop proves unfeasible, a sleek sedan would be equally appealing. The Ciel is a flawless design, so our only suggestions are minor. First, while the twin-turbo V-6 combined with a hybrid power system is forward thinking, to compete at the top level a V-8, if not a twelve-cylinder powerplant should at least be an option. The market for these sedans thrives on exclusivity, so having "less" of anything than the competition could be a tragic mistake. Second, for the pinnacle of the Cadillac line, it would be fitting to revive one of the great names from the past. Ciel - French for "sky" - sounds too much like "seal", and another three-letter name seems uninspired. On the other hand, "Eldorado" is a name that still carries the weight of an American icon and would further emphasize this car's exclusivity over the rest of the lineup.

From looking at the Urban Gear Works logo, our love for the Chrysler Imperial should be obvious. There were few American cars in the 50s and 60s that could outshine a Cadillac, but the Imperial was one. Exclusive, stylish, powerful, and nearly indestructible, the Imperial embodied Detroit's golden era. Sadly, as Chrysler struggled with the new realities of global competition, Imperials became simply heavily optioned Chryslers, and the final model to wear the storied name was an overstuffed K-car. There was one attempt at a concept in 2006, but its future was axed by then-owners Cerberus. However, if Cadillac does make an attempt to ascend the summit of the luxury market with a car like the Ciel, nothing would be better than Chrysler joining the fray with a new Imperial. There are no known plans from Chrysler, so what such a car would look like is limited only to imagination.

In any case, both of these cars would represent a luxury that is distinctly American, with glistening chrome and creased edges. This is the kind of luxury that channels the Chicago of the roaring twenties: big shouldered, stylish, and unashamed of success. We genuinely wish to see at least one of these concepts as a reality on Michigan Avenue someday soon.


< Back to Urban Gear Works